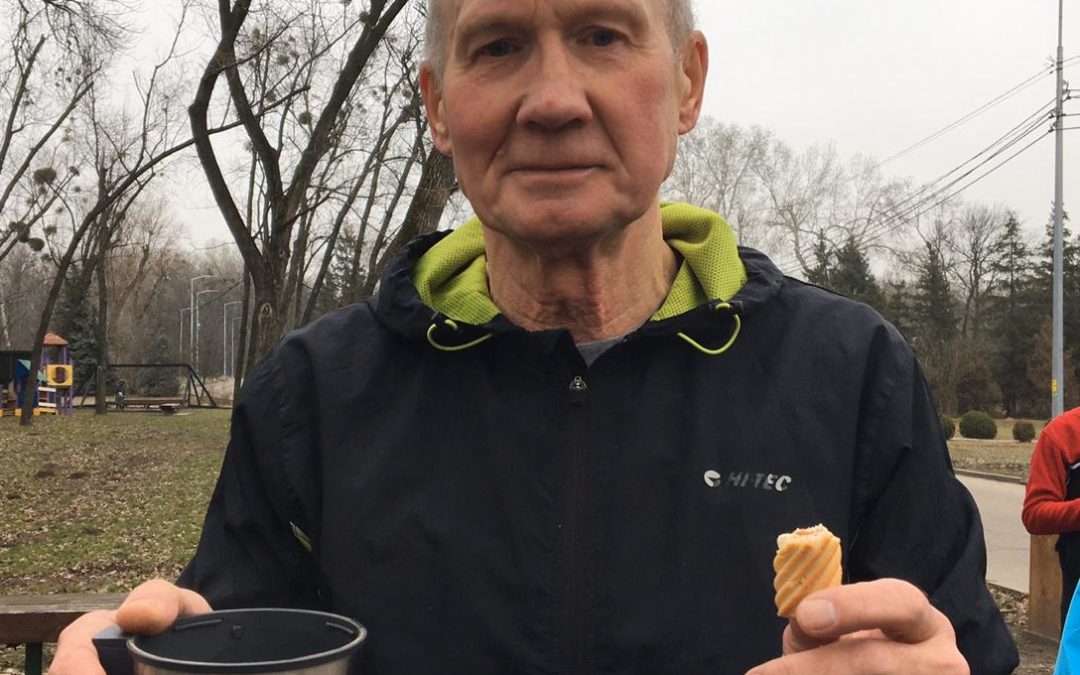 When it comes to running, the 68-year-old Yuriy Chernyagin has many reasons to whoop it up.

He ran 15 marathons in his life. In 2019, Chernyagin celebrated 50 years since his first run (and when we say “celebrated,” we actually mean it: he threw a picnic for the occasion). And most recently, three weeks ago, Chernyagin completed his 100th Runday – a free, weekly 5-kilometre run every Saturday across Ukraine.

Since 2017, Chernyagin comes to the Trukhaniv Runday in Kyiv every Saturday, “unless there’s a good reason (to miss it) like a business trip comes up or I come down with a cold.”

He says he likes the opportunity to share his knowledge with others, as well as the company of his fellow runners who come to the events.

“I like that the group is young. It’s a nice feeling, running among youngsters. I get charged with their energy,” Chernyagin says.

Chernyagin, who moved from his native Russia to Ukraine during the 2013-2014 Euromaidan Revolution, still shudders when he remembers his first run, during the army days near St. Petersburg.

“On the 17th, I was conscripted. And on the 18th, (I was forced to run),” he says. “It was my first run ever. And I was wearing boots and a military uniform. I suffered a lot before I completed it.”

His result fell short of the required 10-11 minutes for the 3-kilometre distance. He ran it in 20.

But the dreadful, regular 3-kilometre running assignment became no mean feat as he found another reason to run… For love.

Soon to turn 69, Chernyagin is not planning to give up running any time soon. “(Thanks to running,) I feel quite confident,” he says. “I will run as long as my legs can move.”