A short history of the runday logo. Part 1.

As we launch our new logo and branding in a few weeks, I decided to write a short history of our old branding, logo and that famous Runday smile which has been confusing German speakers since the day we launched

The logo was the brainchild of our former colleague and Runday superhero Dasha Sokolnykova.

Like many startups, we didn’t have money for a designer, not to mention a marketing company, so once the name ‘Runday’ was selected – Dasha disappeared into a dark room with nothing but a pencil, some paper and her endless creativity.

After many hours, she emerged with a page of scribbles, some funny looking squirrel logos and three smiley Rundays. 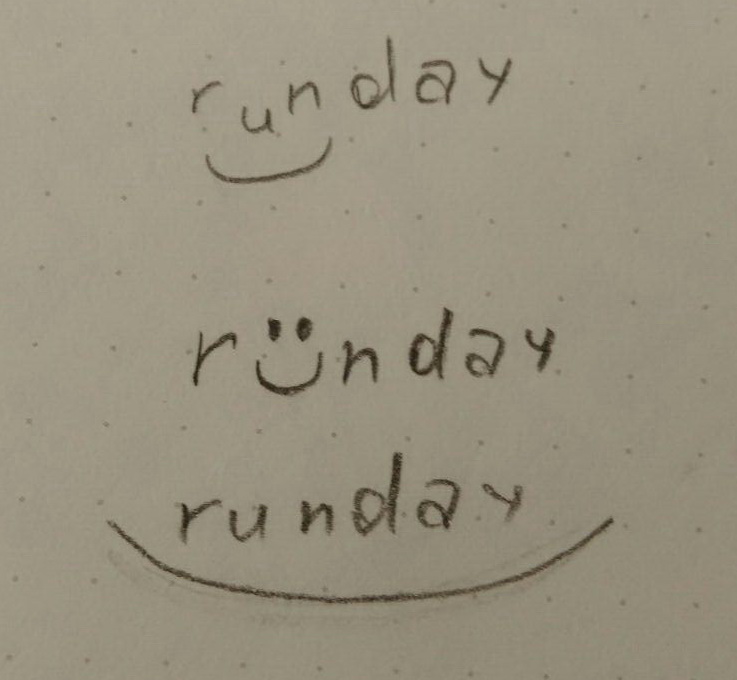 After a quick vote (Runday is very democratic you know) and a short argument about capitalisation (r or R?) option two was selected and passed to Roman, who knows a few tricks in Microsoft Paint.

After 10 mugs of coffee and numerous cigarette-breaks, Roman (who, btw has never been to Runday) was making good progress….

We chose a style, he added the final touches, and a baby Runday logo was born…

But not everyone was happy…

And this, ladies and Gentlemen is how the Runday logo was born…

The Runday logo, complete with a smiley face that looks like a German Ü. This was noted by Dasha, but ultimately she was out-voted and rÜnday became our new logo.

It was updated for use on our new website which is when we adopted the Runday green, and square versions were produced for use with our social media accounts. 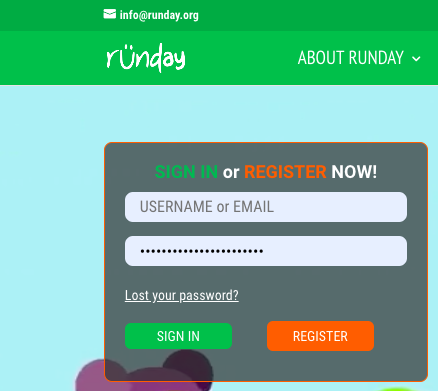 Like it or loathe it, the smiley logo has been used for the past three years and is easily recognisable on our most iconic item – the Runday flag – which marks our events every week from Lviv to Severedonetsk. 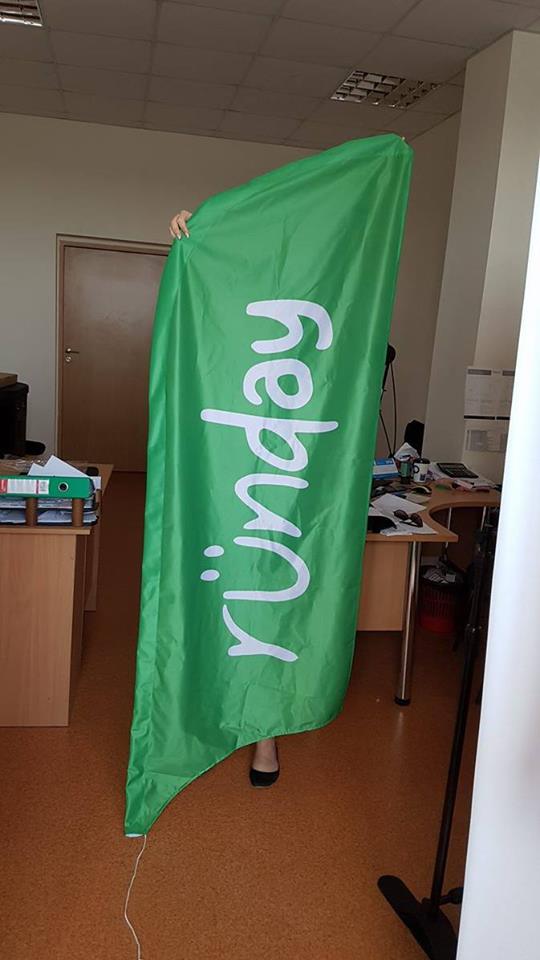 In part two, we’ll meet the Runday squirrel, but before I say goodbye, here are a few more of Dasha’s ideas that were less lucky…. 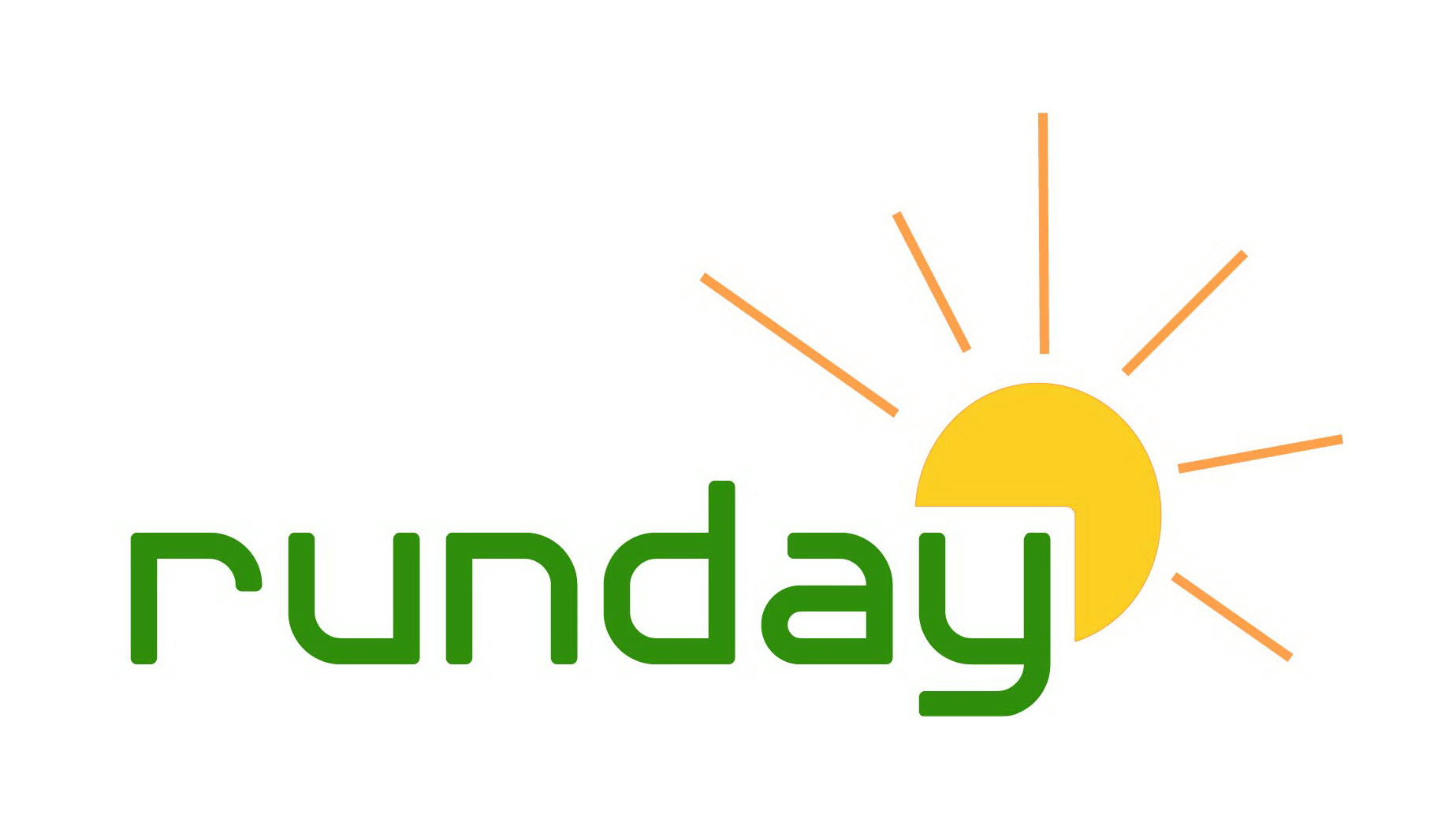 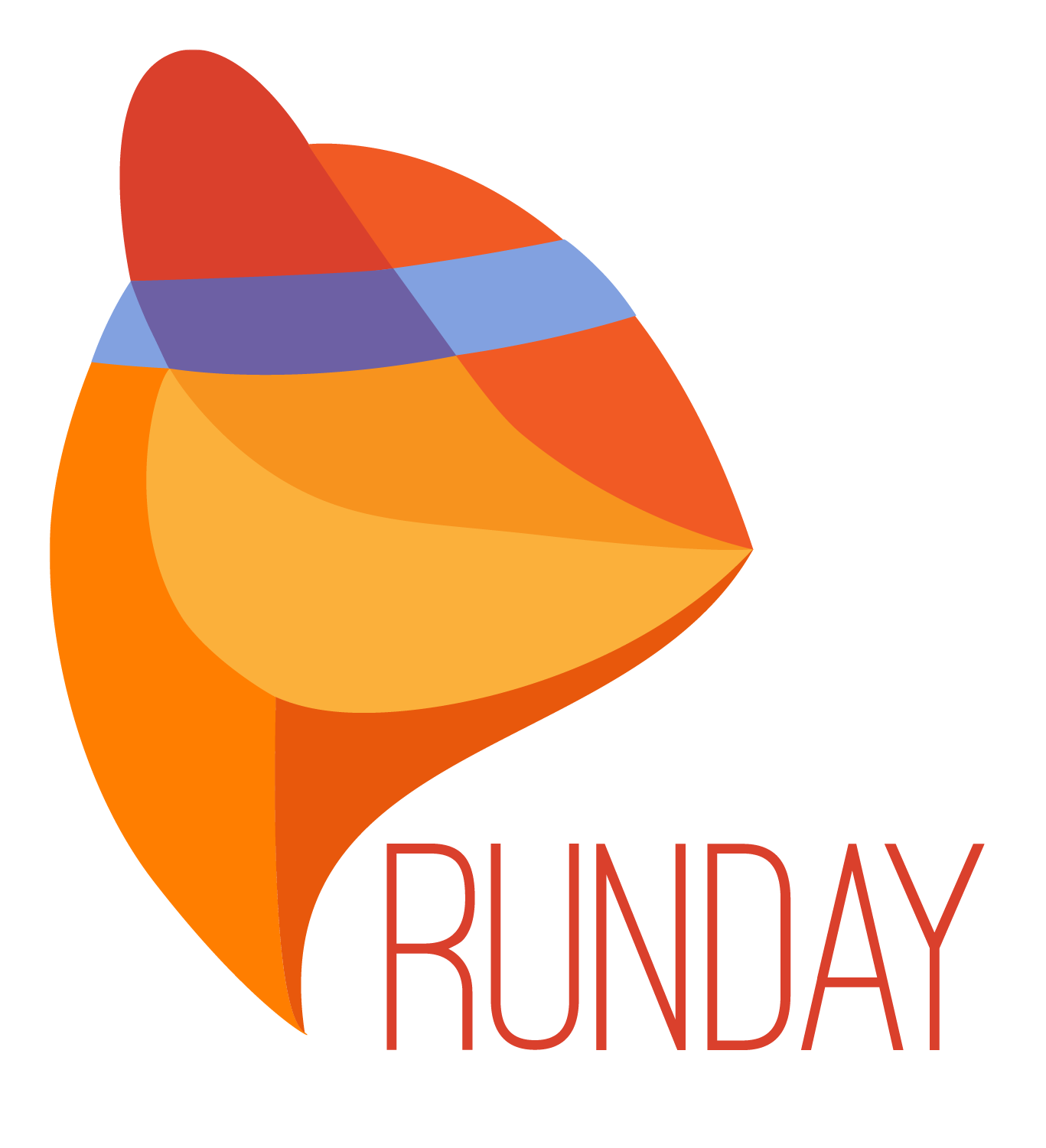 Nobody knows what it is 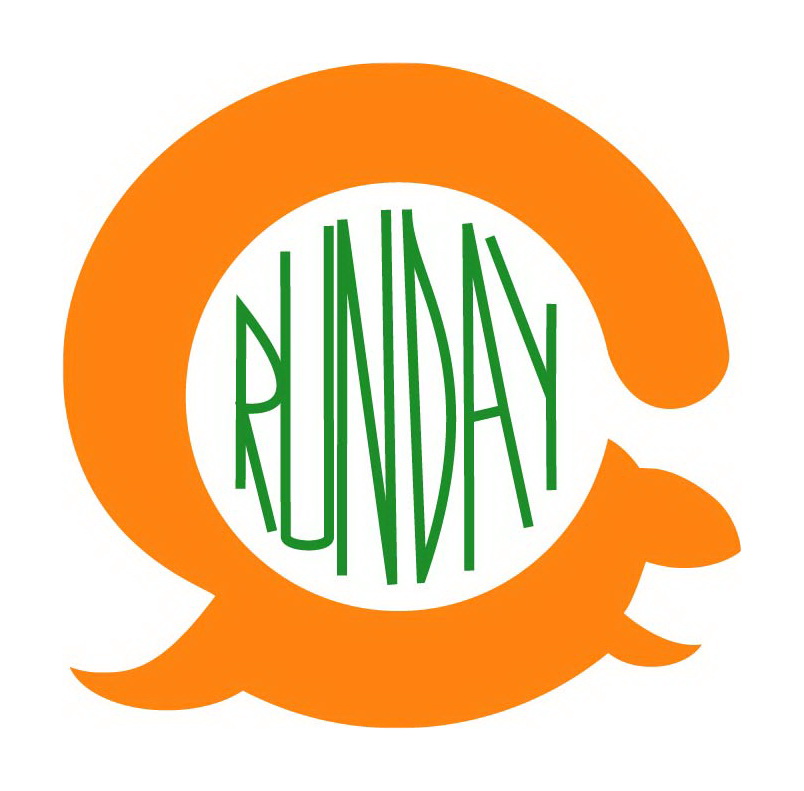